Institutional commemoration in memoriam of Dr Cervós, on his first anniversary

Jordi Cervós i Navarro was born in Barcelona on 9 January 1930. He was a Catalan doctor, with a long distinguished career in the study of neurology. The intense life and work of Jordi Cervós i Navarro is included in the book Memories. Berlin and Barcelona, Round Trip [Memòries. Berlín i Barcelona, anada i tornada], published by Editorial Pagès. His memoirs tell how he went from being a "cowherder" in the Pallars Sobirà region during his childhood, to becoming the rector of the Universitat Internacional de Catalunta in 1997.

He lived through the Spanish Civil War with maternal relatives, in Roní, a small town in the Pallars Sobirà region, near the Pyrenees Mountains, and separated from his parents, who had to stay in Barcelona. In 1939, he returned to the County Seat [Ciutat Comtal] and, from the spring of that year, he attended the Escolapis School [Col·legi dels Escolapis] of Barcelona.

In 1946, he began his career in Medicine at the Universitat de Barcelona and finished it six years later in Zaragoza. He was only 22 years old when he graduated. In the Aragonese capital, he contacted Dr Rey-Ardid, who helped him obtain a grant in 1952 to go to work at a psychiatric clinic in Innsbruck. The good professional perspective took him to the capital of the then Federal Republic of Germany, Bonn, in 1953, where he decided to pursue an academic career. He did his thesis on a rare brain condition, for which he received the Leonardo Torres Quevedo Prize awarded by the Spanish National Research Council (CSIC). He also received the Extraordinary Doctoral Award at the University of Madrid in 1956. In 1961, he became full lecturer of Neuropathology and, in 1968, he obtained a professorship when he was only 38 years old.

Furthermore, in Bonn in 1948, encouraged by Saint Josemaría, whom he met during his university years in Barcelona, and three other Opus Dei members, Cervós laid the foundation for the apostolic work of the Opus Dei in Germany, and a new stage began in both German capital cities: a long and fruitful professional career spanning more than four decades, which gave him great international prestige in the field of neuropathology, and turned him into the so-called “father of cerebral microcirculation.” But the pinnacle of his career came when he described a new nervous disease: reticulo-histiocytic granulomatous encephalitis.

"Since I arrived in Germany, the idea of returning to my own country hadn't even crossed my mind. After nearly half a century, I had completely taken for granted that I would live here for the rest of my life. Only the possibility of an accident during one of my frequent trips could raise some doubt."

Guardans, the first president of the university board of trustees of the new university, was asking him to accept an assignment that implied a life change, with almost 70 years behind him. However, despite his initial surprise, he accepted it, with no hesitation.

This was how, on 12 November 1996, the future new university was presented to the media, with the rector coming from Germany. The name: Universitat Lliure de Catalunya. The major commitment from Sant Cugat of some of the buildings of the Hospital General de Catalunya, was for Medicine.

“I was almost a half a century in Germany, most of my life, and coming back and using my knowledge to serve my first homeland, was also exciting for me.”

As Guardans had said on more than one occasion, the then Universitat Lliure de Catalunya was an initiative that emerged from civil society, “Catalonia’s undisputable character, what has made it possible that over the last two centuries Catalonia has had the drive and vitality, the patience and adaptability, the good sense and sensibility, which have made our country a key piece in the construction and growth of modern Spain.”

Jordi Cervós And Navarro, Dr Cervós, was leader until 2001, when he passed the baton to Josep Argemí, becoming director of the department of International Relations until 2007. During those years, he continued to travel around the world, making the University known, and he continued to be involved in the Institute of Neurological Sciences.

In January 2010, he celebrated his 80th birthday at the Faculty of Medicine and Health Sciences, which had been so hard to move forward. The University honoured him by naming one of the Faculty’s laboratories after him. Eleven years later, on 14 November 2021, he died, at age 91, after a long illness he himself had studied and knew well.

From Pallars Sobirà to Barcelona, passing through Berlin 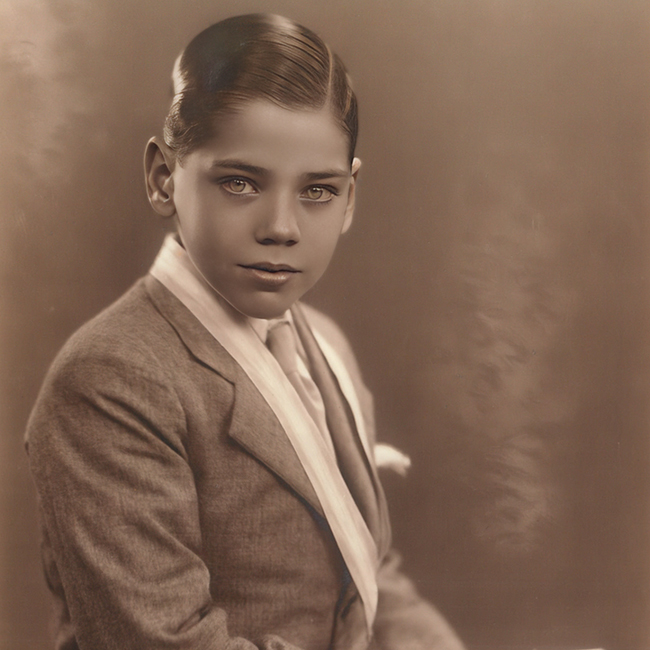 Was born in Barcelona 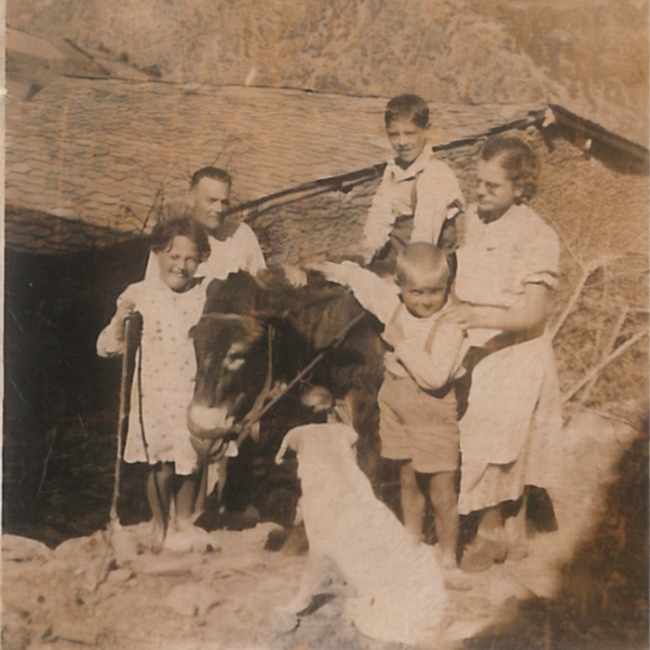 Moved to Roní at the beginning of the Spanish Civil War, where he lived until 1939 with relatives, separated from his parents who had stayed in Barcelona 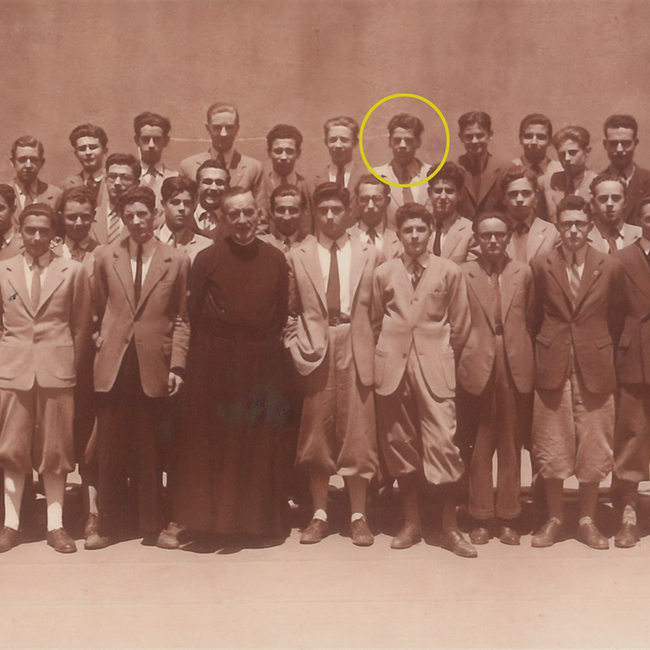 Began classes at the Escolapis School of Barcelona 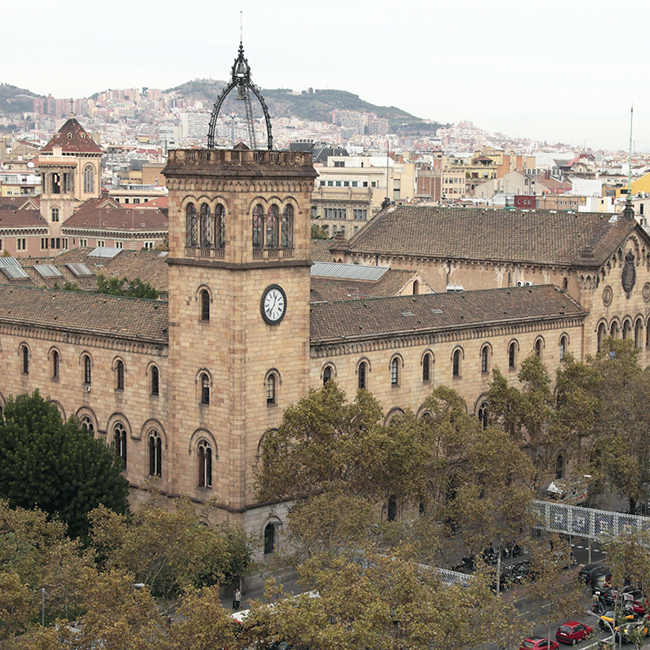 Began his career in Medicine at the Universitat de Barcelona 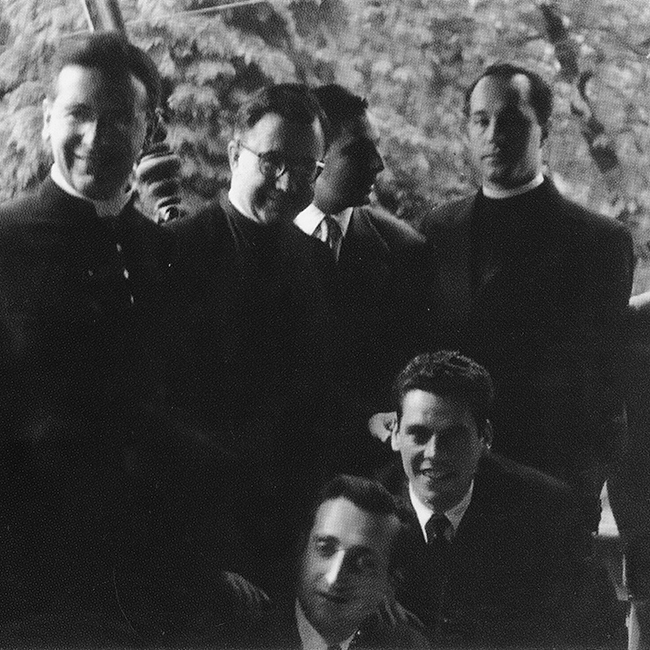 Became a member of the Opus Dei

Moved to Zaragoza, where he finished his studies at the University of Zaragoza 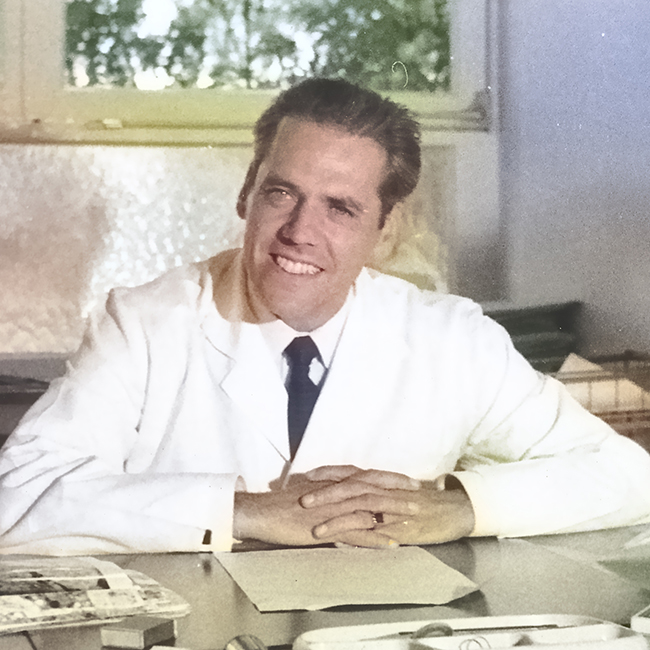 Went to Innsbruck to work in a psychiatric hospital 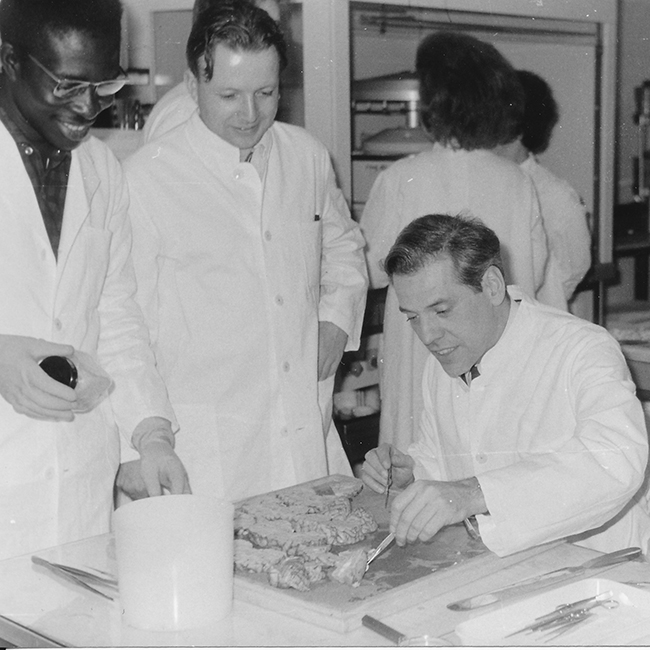 Began his carreer in Medicine at the Universitat de Barcelona 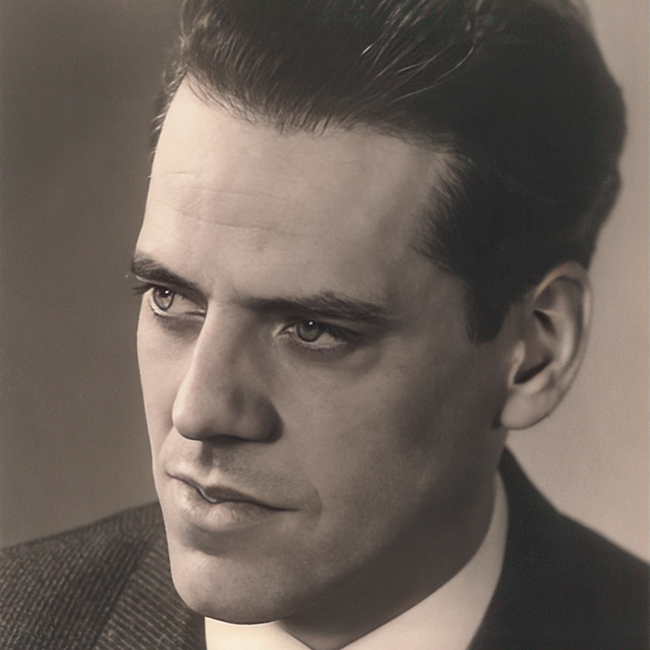 Obtained the full lecturer of Neuropathology at the University of Bonn 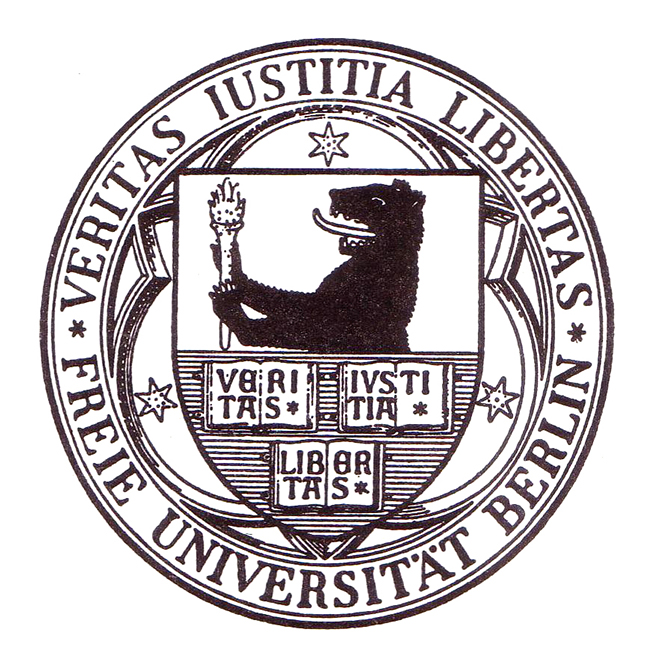 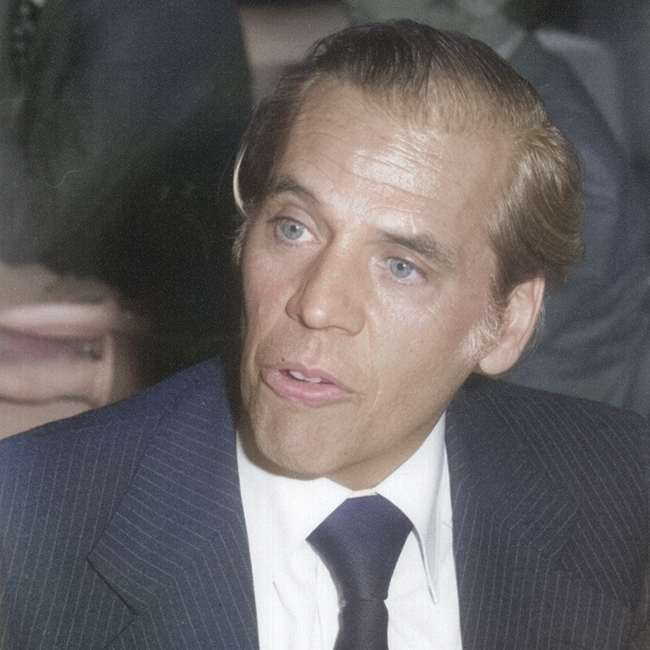 1974-1977, became vice president of the Free University of Berlin 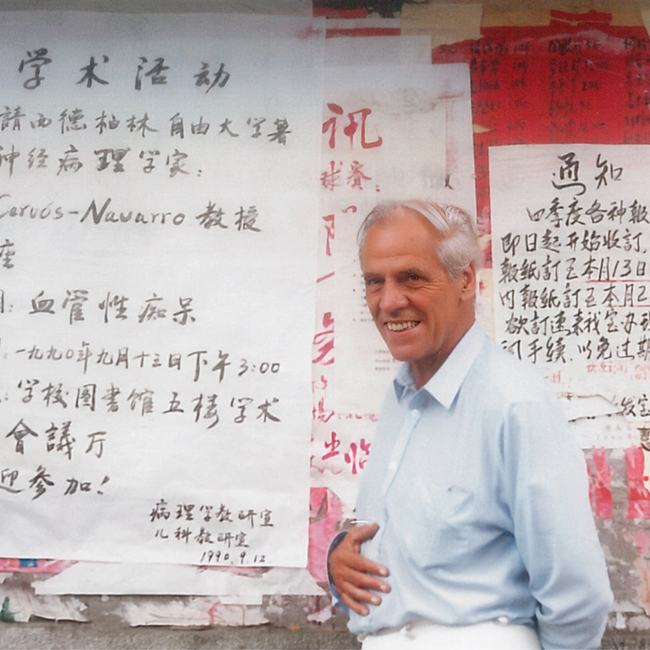 1976-77/1991-93, became executive president of the German Society of Neuropathology and Neuroanatomy 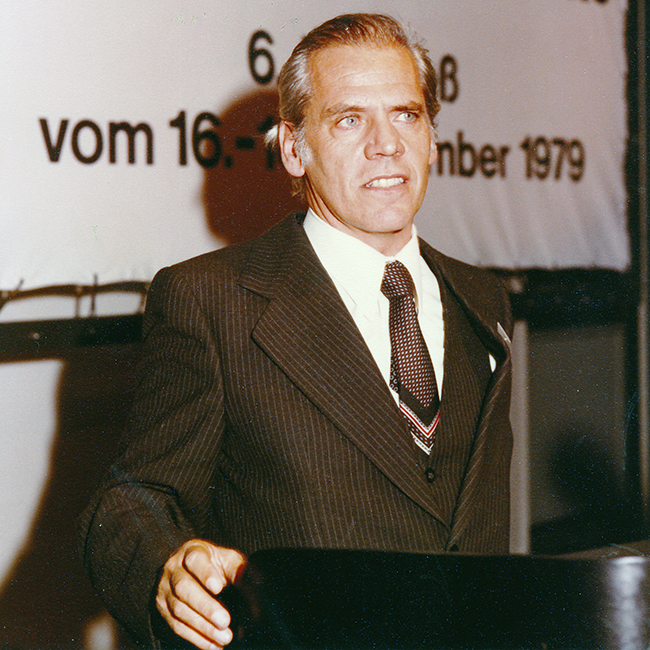 1979-1982, became dean of the Faculty of Medicine of the Free University of Berlin 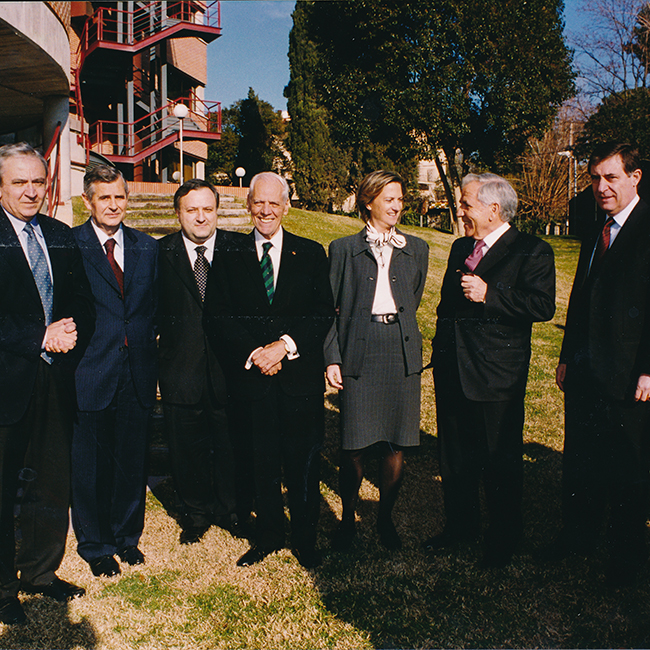 Returned to Barcelona, after agreeing to be the first rector of the Universitat Internacional de Catalunya 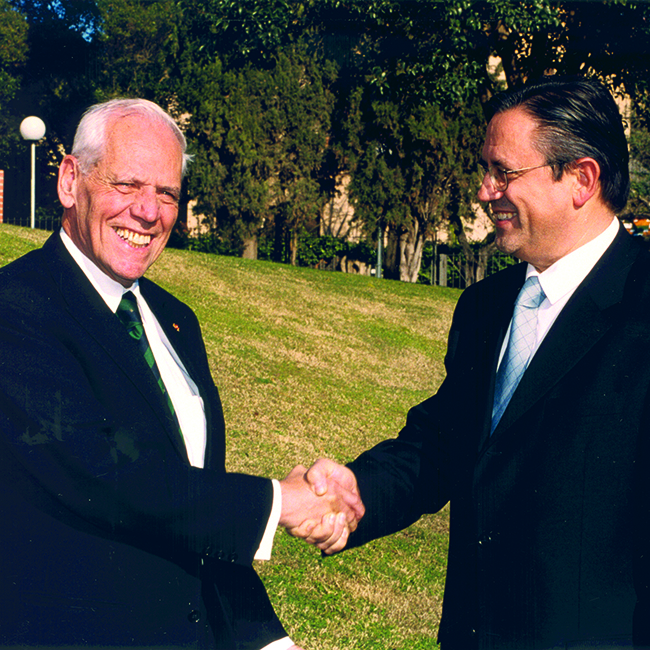 Josep Argemí replaces him as rector; became the director of International Relations of the Universitat Internacional de Catalonia until 2007 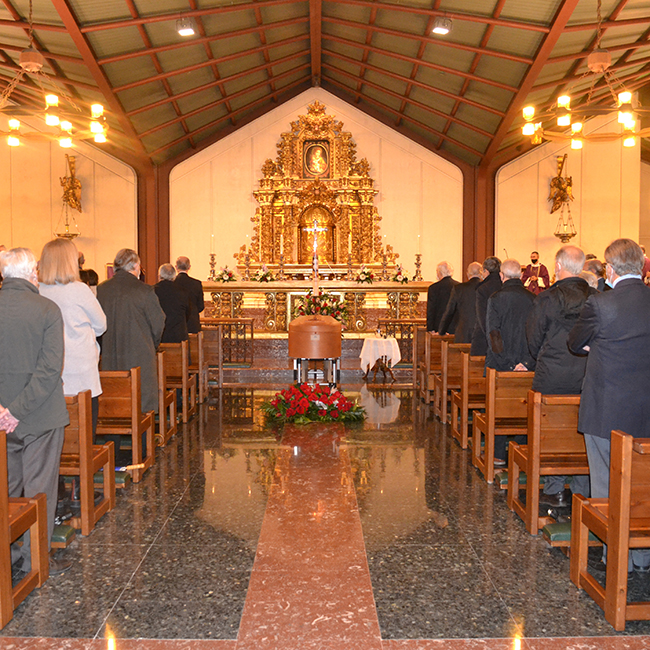 He died on 14 November

Hand program of the act Dr. Cervós
Brochure of the act

We use our own and third-party cookies for analytical purposes and to show personalized advertising based on a profile made from your browsing habits (for example, pages visited). Click HERE for more information. You can accept all cookies by clicking the "Accept" button or reject or configure them to use by pressing the Configuration button.

This website uses cookies in order to provide you with the best possible user experience. Cookie information is stored in your browser and performs functions such as recognizing you when you return to the website and helping the team understand which sections of the website you find most interesting and useful.

If you disable this cookie we will not be able to save your preferences. This means that when you visit this website, you will have to enable or disable cookies again.

This website uses Google Analytics to collect anonymous information such as the number of site visitors and the most visited pages.

Please enable strictly necessary cookies first so we can save your preferences!